Solly is a preschool graduate.

It's such a mini-milestone, really. It's not like we weren't planning on kindergarten.

And yet....it's really the last time that I have an "end of the thing" milestone that all four of my children have done.

There are still a couple of remaining firsts...first day of kindergarten...first tooth lost...I'm anticipating them with that weird feeling of anticipatory grief -- how will I feel knowing that eventually, there will be no more lists of four...no more neatly squared collages of photos of four little faces at the same point in their childhood development?

Solly is fascinated by wishes lately. He grabs every fluffy dandelion he can get his hands on, and holds it near his mouth, closes his eyes, and hurriedly whispers, "I wish Sammy was alive," and then whoosh....I think he believes that he can make the wish come true with enough blowing on enough dandelions.

As kids, we are always wishing for more. As an adult, I have realized, of course, that more isn't always better. But in this case? I wish for more. More pictures, more milestones, more of everything. There's so much more that we could have had.

I wish for more. 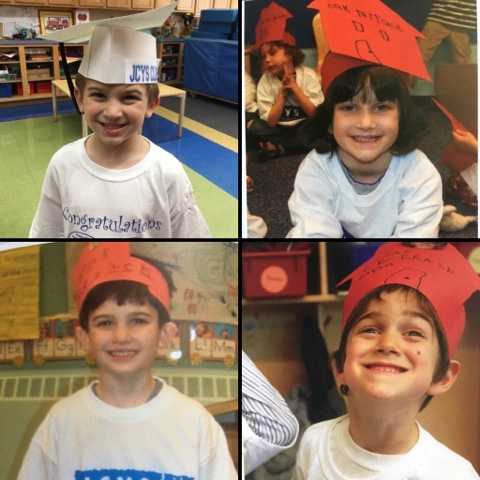 Posted by Phyllis Sommer at 8:49 AM 4 comments: