There was a long while in which I really thought Sam was just going to walk in the door one day. You know, I'd look up, and there he would be.

But the other day, I had a terrible thought.

If he came back now, would we recognize him? Or worse, would he recognize us? Have we changed so much in the last 638 days that we would be unrecognizable to him? Are there so many things that have happened...would it be impossible to fill him in on the last 638 days? (And how annoyed would he be that so much had happened without him!?)

Would he slip back into our family, or would he be a stranger? And what would it be like to have him here again?

It's like that funky step in your family staircase. You know to step over it. You've got the habit of stepping over it and you can even do it in the dark. And then, finally, one day, the step is fixed. But you don't know how to walk on it now that it's been repaired.

We're stepping over that funky step every day. We've gotten, unfortunately, accustomed to life with a big Sam-shaped hole in it. It's become a fact of life, a part of who we are.

It's no longer even fathomable to imagine what it would be like to have him here again. It's too late.

And yet...I miss him constantly. Continuously. Each and every day.

This past Friday night, I poured four cups of grape juice without even thinking about it. I didn't notice until it was time to pass out the cups. One to Yael, one to Solly, one to David...and one extra. 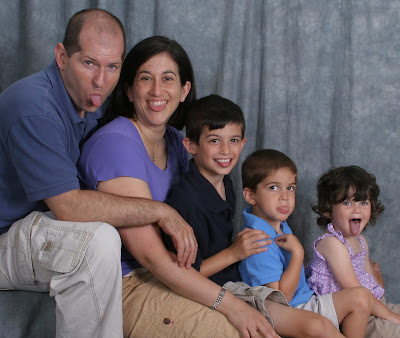 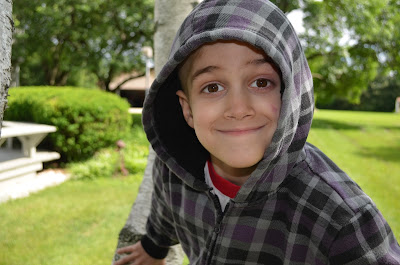 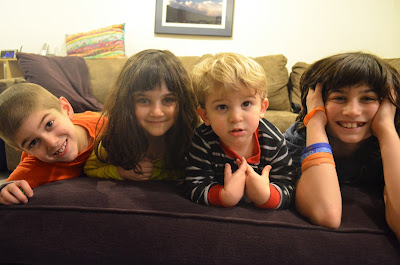 I was driving today, wearing sunglasses.
Because the sun was shining.

And then suddenly, it started to rain.
Pour, actually.

But the sun was still shining.
Brightly.

I looked around, thinking that if I tried hard enough, I would find a rainbow.

But I didn't.
And then the rain stopped.
The sun shone.

Sometimes that is how I feel.
The sun can be shining.
And without warning, a monsoon pours down upon me.
I am overwhelmed with grief.

I want to find a rainbow, to imagine that it's going to end.
The rain stops, but sometimes the rainbow doesn't show its face.

Sometimes I am completely overwhelmed with the realization that I'm never going to wake up and find Sam here.

I hope for the rainbow. For the light and love and blessing.

Sometimes it hides its face. 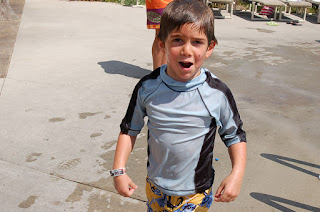 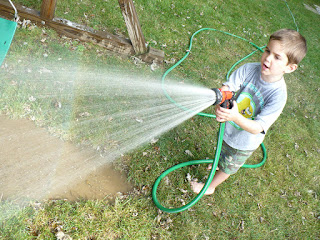 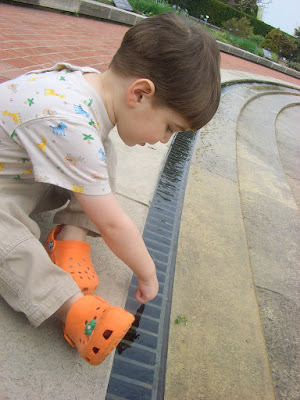 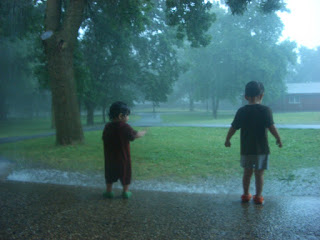 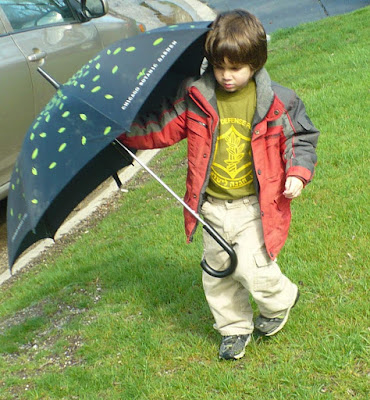 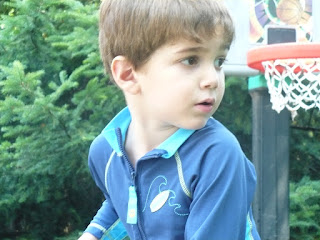 A year ago: Childhood Cancer Awareness Month and Honesty
Two years ago: Out the Window (yes, we saw a rainbow two years ago today!)
Three years ago: Quiet Shabbat
Five years ago: Differences of Opinion