They said there would be 1 or 2 rounds of chemo before transplant.

They said it.
But I didn't believe it. Because he did so well.
"He recovers very well from chemo," said the doctor.
(I'll put that on his resume, okay?)

He did so well with everything...so they had actually started the transplant process. Nothing set in stone. Nothing promised. In fact, I agreed not to hold them to any calendar dates. Just some conversations. A few appointments scheduled.

There was optimism about the results of the first round of chemo, the bone marrow biopsy that was performed on Monday. I asked the doctor, "is this optimism based on a 'good feeling' or on actual science?" His response was that Sam's quickly rebounding counts were worthy of real optimism.

I believe that this was the first time (with us) that they were surprised by results.

Sam is not in remission.

There is still leukemia present in his bone marrow.
Not nearly as much as there was at the beginning of the month.
But enough to require another round of more-intense chemotherapy.
Enough to postpone the transplant, but not indefinitely.
Enough to set in motion some calls to colleagues (theirs, not mine) to collect opinions about what to do next.
Enough to get us back to the hospital sooner rather than later.

We know that we will continue to pray and hope and believe and wait and love and breathe and then pray some more.
We know that you will all be with us...and we are thankful.

More to come as we climb this mountain... 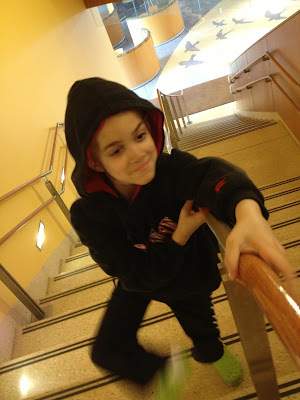