I loved being pregnant. Nine wonderful months of growing another human inside me.

We scheduled David's birthday party for a little over a week before the due date (and a little before his birthday). A Sunday afternoon. Everything went great (four little kids for a superhero party -- how prescient was that?) and that night, I remember, I finished up a photo book on shutterfly and knew that the next book would start with this baby's birth. I went to work on Monday and somehow I knew, because I left my desk spotless at the end of the day.

About 1am (Tuesday morning), my water broke. We called Ellie and she came over to stay with David. I took a shower and ate a sandwich while we waited for her. I remember folding laundry while sitting on a towel at the kitchen table. I remember feeling contractions and laughing at how silly I was being...folding laundry.

Things went smoothly at his birth, a little moment where they took him away to check his lungs. But all was well. David was thrilled to be a big brother. We had two boys. (His Brit Milah was held 8 days later, on David's 4th birthday.) 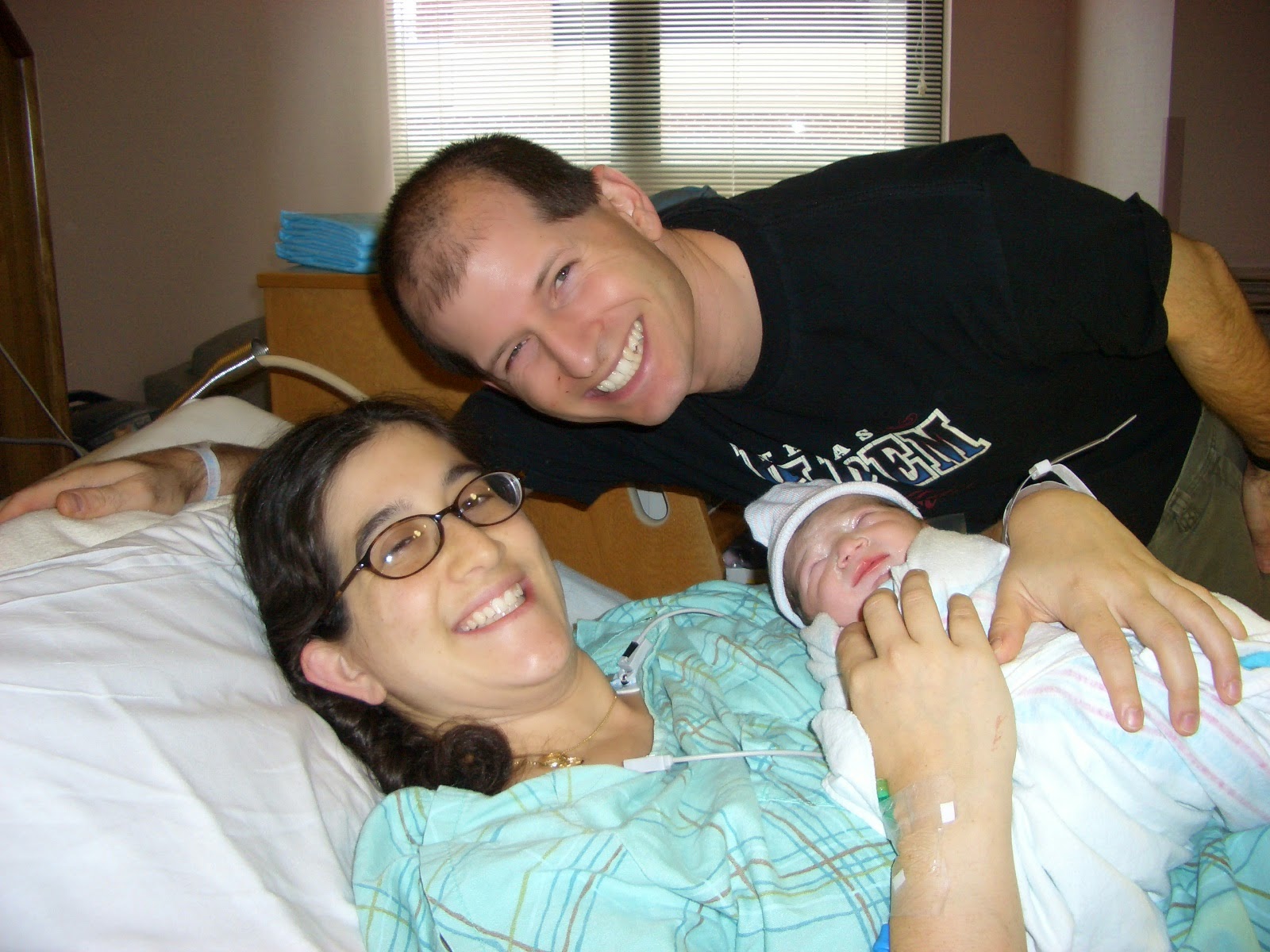 It took nine months to grow him inside my body. I can't believe he's been gone that long....I would give anything for even just nine more seconds....

Posted by Phyllis Sommer at 7:12 AM